It was a chilly 52 degrees tonight on our walk to light rail station. Needed to bundle in our new blanket 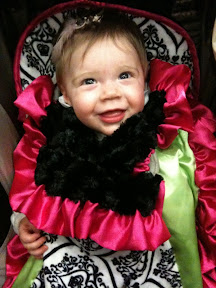 - Posted from my iPhone 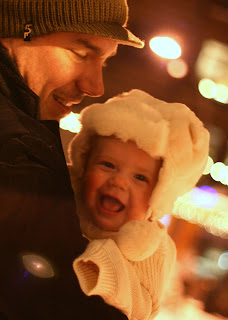 We had our annual trip to Tahoe for our SIXTH year in a row and Ayla's first! Going to Tahoe the week before Christmas definitely puts you in high holiday spirits. It's especially nice because living in California as displaced East Coast citizens, this trip guarantees some sort of snow that we get nostalgic for in the middle of December. Well... this year was the deepest snow pack in December for Tahoe in 17 years!!

We usually stay in Squaw Valley Village, but this year we decided to stay in NorthStar village (still North Lake Tahoe and not far from Squaw). There is a big ice skating rink in the middle of the village with huge fire side cabanas lining the rink, a bar and live entertainment - it's truly a winter wonderland and the perfect apres ski atmosphere! It was perfect for us because I love to ice skate - and Bob likes to relax with a cocktail ;-)
Bob and Ayla fireside with rink in the background,
have you ever seen a cuter picture??? 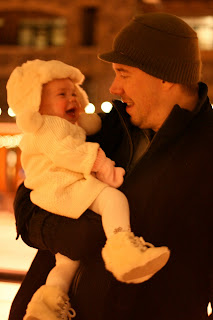 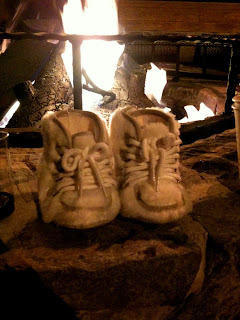 Here is a picture of the rink at night, very dreamy... 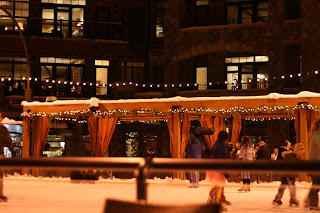 Anyway, since I missed the ski season last year, Bob agreed to stay with Ayla while I went skiing (he also had some work meetings, so it's not like he had a choice ;-p). I got two great days of skiing in. I thought I would be nervous skiing by myself. The closest I've come to that was when my cousins and brother used to leave me behind on the Seven Springs slopes... LOL in any case, I found skiing by myself to be a very peaceful and free experience.
I was worried about missing a season, but it was just like riding a bike (sorry Jessica) 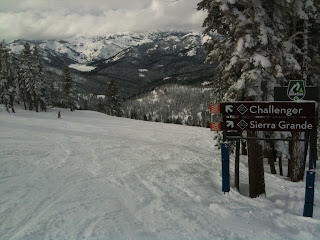 Though I have to admit I was nowhere near as daring in the trees by myself and backed out a couple times!Ayla was a true traveler and it gets me excited to put her in ski school - even if that is still 2 years away. We did get her out in a snow suit and when we put her in the snow she "just laid there like a slug". I can't help but draw the similarities between her and Randy from A Christmas Story 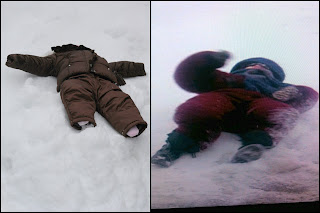 Finally when Bob got to ski, Ayla and I did some shopping and then chilled at a cafe all afternoon, normally she is a very antsy baby, but she was the most well behaved, perfect baby all afternoon and the waitresses kept coming up and talking to her and loving on her. We definitely had some good quality time.
I tried to put her in the stroller to sleep, but she just wanted to play peek-a-boo 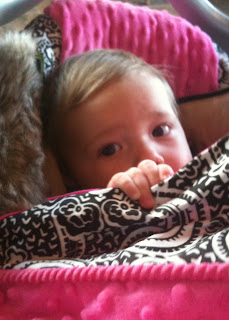 Daddy stopped in off the slopes to have lunch with us and Ayla wanted to wear his new goggles! 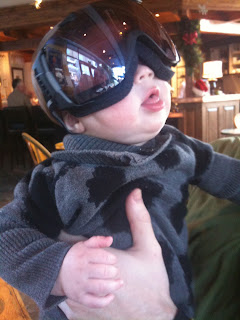 When she finally fell asleep in my arms (very rare), I couldn't help but take a picture of my beautiful sleeping beauty... 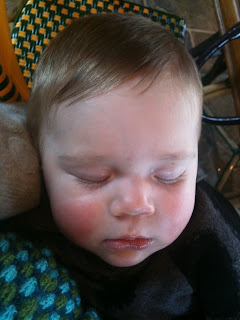 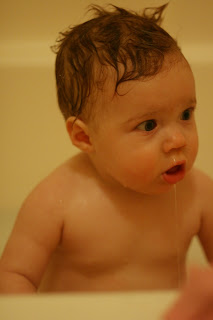 One last story to relay: We ran into a father and his (oh lets say) 10-12 year old son. The man was commenting on Ayla and asking if we were going to put her in ski school and we said yes we were. The son, who is a snow boarder, said that next year he thinks he'll give skiing a try because, you know, "it's kind of retro". Yes. He really said that. The dad laughed and said, who knows, maybe by the time Ayla is old enough to ski, it will be back in fashion. HA!!!!
Just to give you an idea of how deep the snow was, here is a pic I snapped on our drive to Tahoe... 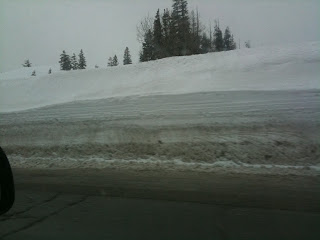 I saw this barrette holder for sale at this cute kids boutique in Tahoe for $50... 45 minutes, watching NFL playoffs and drinking mimosas: $free 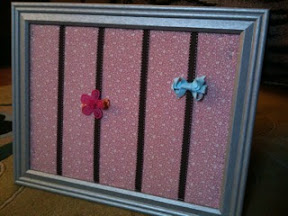 - Posted from my iPhone
Posted by Kari at 2:58 PM No comments:

I know, I know... I'm REALLY behind.
Here are some fun Autumn pictures with Ayla. One morning I was sweeping the leaves off the deck and decided to bring her out for some pictures. The whole set (17 in all) can be found on Flickr: http://www.flickr.com/photos/kariann/sets/72157625770144886/ 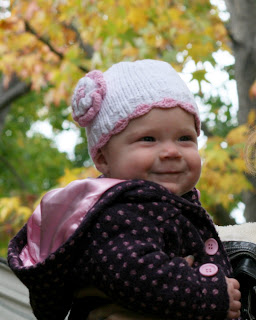 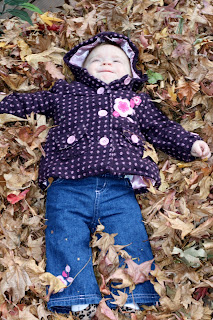 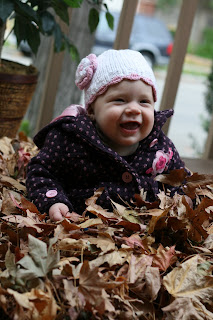 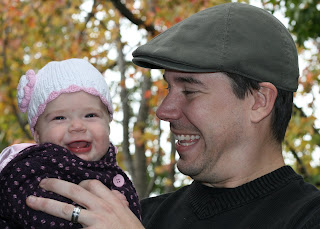