Bob's 2 week paternity leave is over. I have to admit, I kinda feel bad because there is not MUCH he can do for the baby since I am nursing, and Zara is so much more laid back than Ayla (or maybe we have it "more together" with #2 - I think a little of both) so Bob didn't need to do as much. So instead, he was quite productive around the house.
I called it his man version of nesting, he...
1. "quick-pickled" vegetables 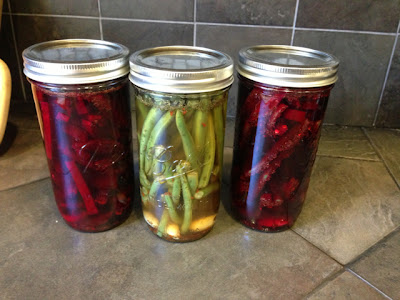 2. Made some orange marmalade 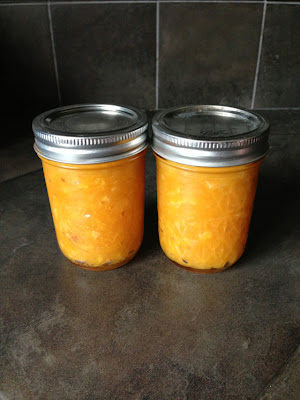 3. Cleaned out the garage and BUILT a work bench. 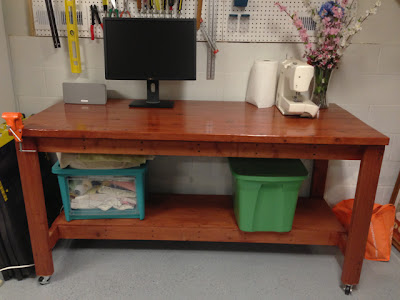 4. Bought me some craft towers to hold all, scratch that- MOST, of my craft supplies 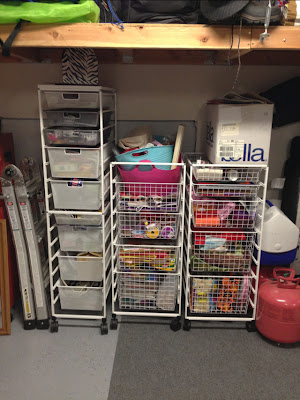 And
5. Made oven dried tomatoes (I don't have a pic of that, he ate them too fast)

But now he is back at work. We heard Facebook gives men 4 months of paternity leave... That's more than IBM gives mothers!
Think of all the household projects he could have accomplished!

- Posted using BlogPress from my iPhone
Posted by Kari at 12:53 PM