Beware of the Ides of March... 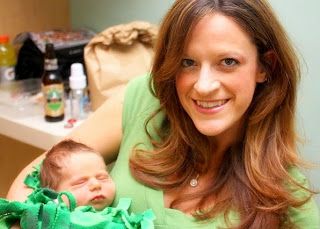 Today (March 15th, 2010) my little nephew was born. Gavin Julius Gianella. Gavin managed to even the family ratio of boys to girls here in California - good thing I know I'll be having a girl soon so that once more, girls will rule again!
Gavin's given middle name, Julius, is not just because of the day he was born, it is also a family name. Kenny's and my Grandpap Kovacs was named Julius. He hated it. He actually went by "Jeff". We always thought it was cool and would tell him that one day, one of us would use his name for one of our children. He did not like this idea! But I think use within a middle name is good and what could fit better than for a baby born on March 15th!
Once when visiting Aunt Veronica (Grandpap's sister) in Tahoe, we told her how he didn't like his name and she said, "What!? Oh... that's just because the kid's [in school] called him 'Ceasar'." A little tidbit that Grandpap had always left out of his story. Don't you love getting inside family information :-)
One other good thing about visiting Gavin in the hospital - it was a peek into my near future. Kenny let bob practice "swaddling" on Gavin. One swaddle, enough training, I think we're ready now... right?
Posted by Kari at 1:06 PM